Posted at 18:00h in Other by Cormac Moore
Share

So, let’s all take a moment to recognise our part in shaping the beauty of the 21st century. We weren’t selfishly pleasuring ourselves, we were early adopters paving the way for future technological success. 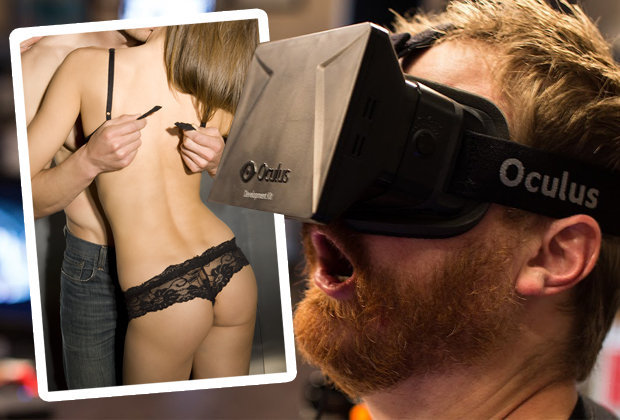 In Austin Texas this week, the South by Southwest conference and festival is taking place and Virtual Reality (VR) is a big talking point for many.

Check out the video below, it’s scary how physical the reporters reactions are to the content he’s experiencing:

Look how happy and excited he looks. He looks like he’s having the time of his life.

However it also looks incredibly dangerous. Dangerous, embarrassing and far too risky to warrant even trying it.

How in the name of god will you know if anyone is in the house? If anyone is about to burst into your room, if your partner needs you to mind the kids or your mother wants to know what you want for dinner?

Think about it, you’ll have absolutely no idea anyone has caught you. You won’t be able to see them or hear their screams. You’ll just be there wanking away to yourself not a care in the world.

Before VR, you’d have a good few seconds to Alt F4 your way into some sort of excuse. Now, there’s not a split second chance.

And what if your friends catch you? They’ll have time to go get a camera, come back in and record the entire thing. If they’re in anyway useful, they’ll utilise a couple of cameras and get some top quality footage that they can use to ruin you in the future.

I personally cannot wait for the world of virtual reality to explode into various forms of media, from movies to gaming.