Posted at 12:39h in Stand Up Comedy by Cormac Moore
Share 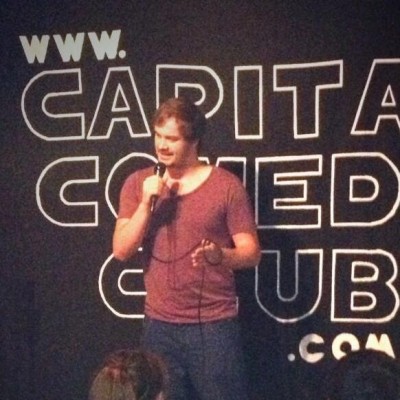 As a stand up comedian, I’m used to real time feed back. Not from behind a computer screen looking at numbers jumping around the place, but actual real time feedback. From people sitting only a few feet in front of you, deciding on whether or not they think you’re funny.

Sometimes they don’t think you’re funny and the feedback is instant. And delivered through silence. Cold, hard, awkward silence, that for some reason has the magical ability to slow down time. :/

Comedy is ultimately about feedback. Tracking and measuring what works and what doesn’t and refining (optimizing) your material(content) until it’s a polished, solid set that you’re confident will get you a positive reaction.

I’m sure if you’re a big enough geek you could think about actually hooking up a comedy club with tools that could measure certain metrics – unique laughs, duration of laughs, volume of laughs, what jokes get the biggest response etc etc – but I fear that would ruin the entire thing!

But how can Google Analytics tell you what’s funny and what’s not?

Google Analytics and other metrics have helped shape The Potato, the satirical news website that I run. In fact the website was born out of analytics in a way.

I was running another site on a different topic, but every so often would post a piss-take article. Looking at the basic numbers, it appeared that taking the piss was the way to go as traffic always spiked. So I focused my efforts on that.

Data from analytics let me know where I should concentrate my efforts – what type of content was getting the best results and that the smart thing I could do, was to do more of it.

Moving on from that, analytics and insights have helped influence the direction that the content took as well. Initially The Potato was mainly political satire, but, it appeared that entertainment related articles always out performed everything else.

It may be a sad state of affairs that people like laughing at Justin Bieber, Georgia Salpa and Sinead O’Connor more so than anything else, but that doesn’t matter. My job running The Potato is simple: Make people laugh. The more the better.

Read Next: One Small Secret To Lowering Your Bounce Rate