Batman V Superman: Who Would Be A Better Housemate?

20 Mar Batman V Superman: Who Would Be A Better Housemate?

Posted at 16:53h in Other by Cormac Moore
Share

Batman versus Superman. Which side are you on?

It’s one of the most divisive debates facing mankind since the daddy or chips saga and with the movie out next week, you’ll be finally forced to chose where your allegiances lie.

(Released March 25th here in Ireland to be exact…)

The debate has always been focused on which one would be better in a fight. I remember having this argument in school at the age of 7, when I wore my Superman pyjamas in under my uniform. Because you know… :/

I’m sure the movie is going to delve much deeper into answering the question of who is ultimately greater, but for now, let’s take a moment to ground this debate in something a bit more relatable.

Let’s talk about who you’d rather have as a house mate. Batman or Superman?

It’s a daunting process bringing someone you’ve never met before in to share a home – let alone anyone who dawns a mask most of the time or enjoys wearing underwear on the outside of their clothes. (More like overwear, AMIRITE?!)

If you had to share a 2 bed apartment, with one bathroom, who would you ultimately choose to live with you?

And how do you decide?

Quick one, for a very important study – who would you rather have as a housemate? #BatmanvsSuperman

In a recent Twitter poll, it was pretty close, almost a  50/50 split, but with Superman just nudging it.

So let’s start with Kal-El then and work out some of his pros and cons. 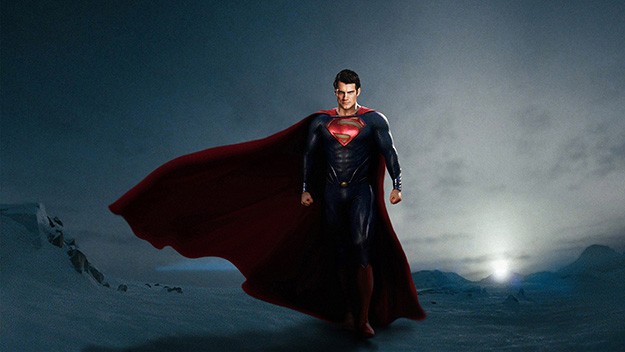 First of all, if you’ve limited parking in your estate, Superman is the perfect option since he can fly. He’d be incredibly quick in the bathroom and can cook food with his eyes, so no need to worry about a hold up in the kitchen.

And, he’d be able to compact the rubbish in your bin extremely well. Imagine how much power a super foot could exert on your leftover takeaway boxes?

He’s only really got one outfit to wash too, so wouldn’t be needing the auld washing machine too much either.

Cleaning would only take a fraction of a second, lids closed too tightly on jars would never pose a problem and you could probably annoy him enough at least once to fly you on your holidays, saving you some much needed cash.

X Ray vision. How awkward will it be living with someone you know can see through walls. He can see everything you do, even when you’re fully dressed and having a chat with him, you’ve no idea if he’s listening, or perving on your naked body.

Super hearing. How in the name of God are you meant to bitch about your housemate, if he can hear absolutely everything? You’d never be able to vent safely, even if you’re outside, down the road, he’s still going to be able to hear.

Super wee. His pee could cut through steel like one of those Water Jet machines they used in Orange County Choppers. You’re bathroom would last like, 2 minutes.

Also, how pretentious and condescending would Superman be? Think about it, he’d come into the sitting room, floating 2 foot off the ground, because you can’t fly.

“Hey man what you get up to today?”

“Oh the usual, just saved the entire human race from annihilation from an alien race. You?”

“Eh, just finished up season 3 of The Good Wife…”

Fuck that. Superman is too noble. He’d probably make you pay your TV licence in full before the inspector even calls to your door.

But, the worst thing about living with Superman in Ireland would his ever changing mood swings. Why? Superman’s powers and energy are derived from the sun. I checked MET Eireann to see how much sunshine we get here yearly and it’s not looking good for the Man of Steel.

We get around 1100 hours of sunlight each year. Or 45 days. That means for more than 300 days of the year, Superman won’t be feeling all that super and will just be moping around the house, tired, depressed and listing to Adele.

I don’t think anyone wants that.

Can you imagine how moany Batman would be when he can’t get parking for his Bat Mobile, his Bat Bike and his Batcopter thing.

How annoying will it be when you’re mid conversation with The Dark Knight and you turn away for a split second and the man has vanished?!

There would be significant noise problems while he tries to create another underground bat cave, there’s a strong chance he’ll blow the fuse board numerous times and you’ll be constantly reminded of how poor you are living with a billionaire.

You’d hardly ever see the man. He’d either be out fighting crime, or locking himself in his room becoming a total recluse and hating life.

On top of that, with his technical prowess, he’d definitely be able to hack the neighbour’s WiFi. Boom, free internet.

He’s also a billionaire playboy, fan of a session and you’d never have to worry about him inviting his parents over for an awkward tour of your pad. #Winning

He’s far too emotionally damaged to have a relationship with anyone, so you don’t have to worry about him bringing his other half over and taking over the couch.

What’s more, he’d enjoy our dark, dreary, miserable weather  and he’s got a fucking butler! No more cleaning, washing or cooking food, Alfed’s on hand to sort shit out.

As much as Superman probably is the far superior hero, living with someone who can hear and see through my walls just doesn’t sit well.

And for that reason Superman, it’s a no from me.

The Dark Knight can stay. Anytime.

But please let me know if you disagree. Maybe you like being watched, I don’t know. If you’d prefer Kal-El, I’d really love to know why…