The 12 Relatives You Hate To Meet At Xmas 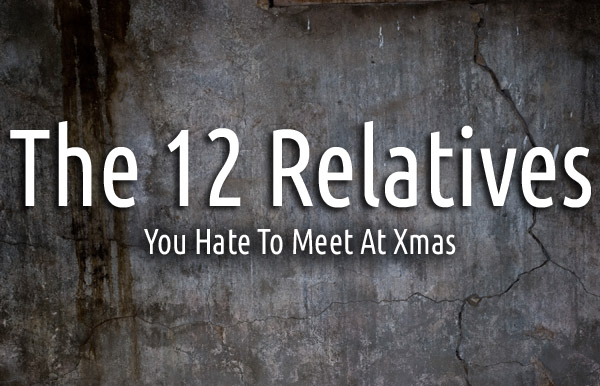 24 Dec The 12 Relatives You Hate To Meet At Xmas

Posted at 15:44h in Stand Up Comedy by Cormac Moore
Share

It’s that beautiful time of  the year again, when you’re forced to spend time with those family members you try as hard as you can to avoid during the year.

And often, you’d don’t have to try that hard, because they don’t like you either and avoid you too. So it works out great for everyone.

So here are the 12 Relatives You Hate To Meet At Xmas. If I’ve left any out, do let me know.

1: The “I’m More Important Than You” Cousin

The career driven cousin that you haven’t seen in so long that they have actually forgotten your name. And what you look like. They live down the road from you, but you’re miles away on their list of priorities.

They’ll have missed weddings, christenings, funerals and every other single significant family event, because dya know what, you’re just not fucking important enough are you?!

Actually, you won’t be meeting this one this xmas, because, you know, they couldn’t be arsed and putting in time over the holidays doesn’t count towards any CPD. 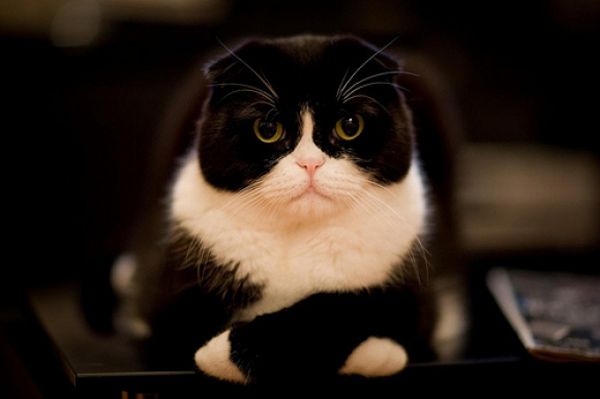 You could have cured cancer since the last time you spoke, but he’ll still be telling you how you did it wrong.  And he knows  how you should have actually done it, because you’re a fucking idiot.

Prepare yourself for your annual interrogation with this one, who’ll question every single decision you’ve ever made in your life. Because you know what, he’s better than you.

3: The Chip On The Shoulder 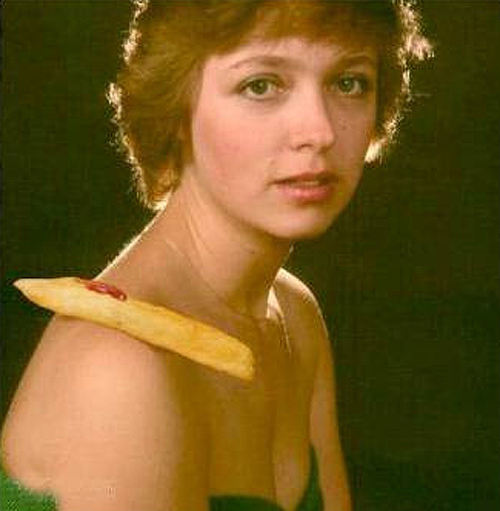 The chip has grown so big on your aunties shoulder that you’ve actually had to buy it it’s own fucking xmas present this year. It’s  become an official part of the family, with a far better dress sense than that of the emotional wreck’s body it’s found itself living on.

There’s no point in trying to avoid the drunken tears this xmas. Just let it happen and keep reminding yourself that you’ll be free afterwards until next year. #FML 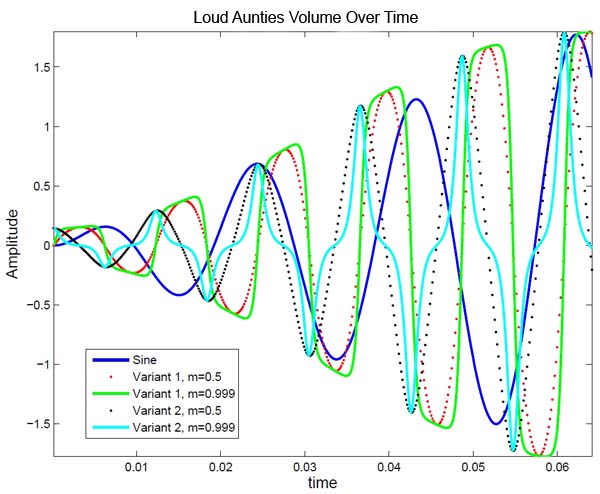 One of the worst parts of xmas, is when your mam and a number of other mams get together in a room with alcohol.

Soon to be the subject of a PhD on supersonic ground penetrating sound waves, the screeches that are going to rip through your eardrums this xmas will, and have already caused irreversible long-term damage. 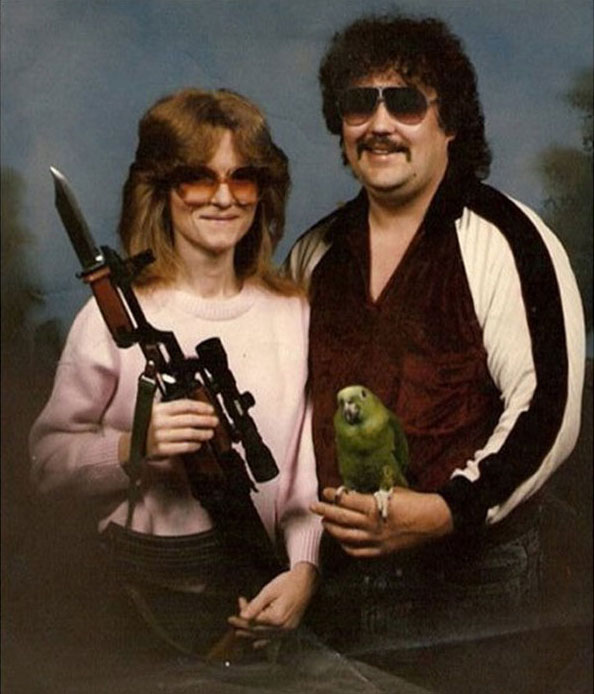 The one who brings his new partner to xmas dinner… Like, are you meant to like her or hate her?!

She’s probably nice but it’s such a mindfuck. If you’re nice to the new one, do your cousins hate you? If the uncle is a blood relative, is his ex still your auntie when they split?!

That relative, who likes to remind you of everyone who’s died in your life. “Ah jaysus they would have loved to have been here with everyone.”

Which translates into “HEY YOU, REMEMBER THEY’RE DEAD! DON’T BE HAPPY AT XMAS BECAUSE PEOPLE YOU LOVED ONCE ARE FUCKING DEAD!”

You meet them every year and still, you have absolutely no idea what their names are. As soon as you see them walk into the room, you’re paralyzed with a overwhelming fear, dreading the physically painful awkwardness of having to talk to them.

Worse, is when someone asks you to “Bring this drink to Rory will ya?” and you haven’t a fucking breeze who Rory is… :/

8: Very Tall For Their Age 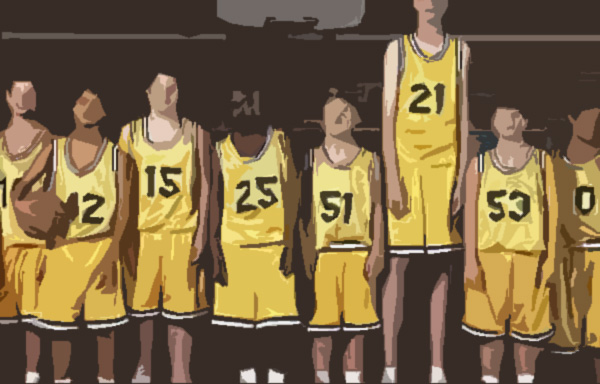 This is then followed up with a shocked outburst upon discovering that tall younger cousin is actually 2-3 years younger than (Now drunk)loud auntie initially thought! #WOW

She’ll descend into a violent seizure, repeatedly screaming “SHAG OFF I DON’T BELIEVE YOU!” , until her face explodes and she ruins xmas for everyone.

9: The One Who’s Going Back To College 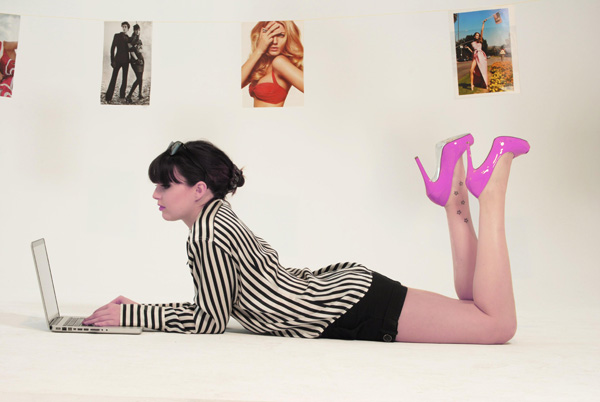 As soon as particle physicists have uncovered everything the universe is made of, over at CERN, they’re going to put their intellectual prowess into trying to understand how the field of second cousins work. Work will expand to include the advanced second cousins once removed standard model, in a project that is set to take years to complete.

Don’t even try to figure out who or what is a second cousin this Christmas. Leave that to science.

The 10 year old who everyone thinks is going to become the next professional sports athelete, because he scored 4 goals in a NDSL under 11D team match.

Whether it’s soccer, rugby (sorry, forgot they don’t pay GAA lads…), everyone is placing unrealistic expectations on them, which in years to come will drive them into a life of booze, drugs and broken dreams.

Local legends will whisper around the town when they’re 20, recounting of how they could of made it, if it wasn’t for the naggins at the back of the church and the “bit of trouble with the guards”.

10 year old has already been placed on a strenuous weights training program, with his dad spiking his protein shake with horse testosterone in a bid to live his failed dreams through his only son.

If I’ve left any out, please, get involved and let me know.